'Gentle giant' with a 'big heart': Tuxedo cat named Augustus Gloop is up for adoption in Utah

An adoptable cat in Utah is the whole package — chocolate factory not included.

Tuxedo cat Augustus Gloop, named after the golden ticket winner in Roald Dahl's "Charlie and the Chocolate Factory," is currently up for adoption at Best Friends Animal Society in Salt Lake City, Utah.

When Best Friends took in the 12-year-old cat, he had been declawed, was missing most of his teeth and had crusty eye discharge. 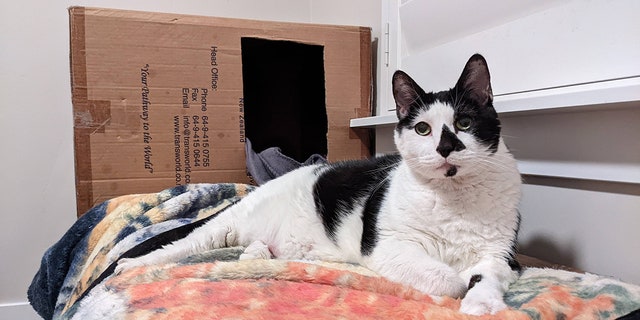 He was also obese.

Best Friends now has Augustus Gloop on a special diet to help with his kidney function and weight loss, according to the animal rescue. 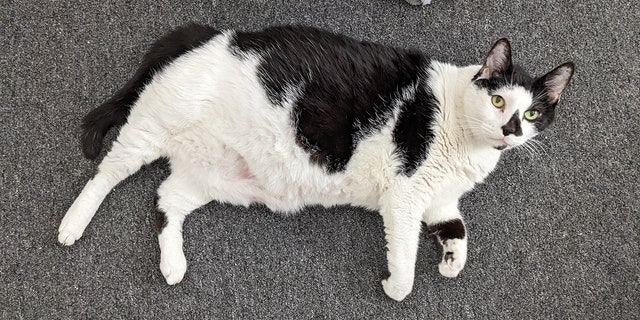 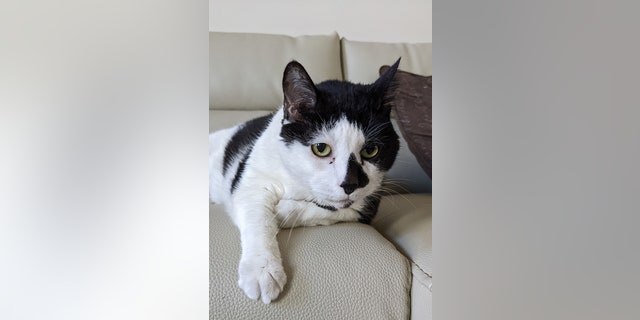 Augustus Gloop, a tuxedo cat, lounges on a couch as he awaits a new home. (Best Friends Animal Society)

Augustus Gloop is known to "make biscuits" with his paws when he feels content and enjoys getting cozy underneath blankets, the group also said.

Even though the cat can be a little shy with new people, he tends to get comfortable quickly, Fox News Digital was told.

He also does well with young kids. 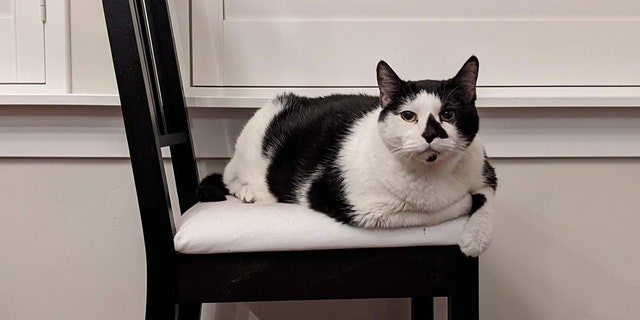 Anyone interested in adopting Augustus Gloop can send an email to [email protected] for more information.

Want to read about other pets up for adoption? Check out this recent article from Fox News Digital: Striking black cat found underweight, dehydrated in Utah needs a new home

Angelica Stabile is a lifestyle writer for Fox News Digital.