BOULDER, Colo. — Deion Sanders is taking over as head coach at Colorado, bringing his charisma and larger-than-life persona to a beleaguered Pac-12 program that’s plunged to the bottom of college football. 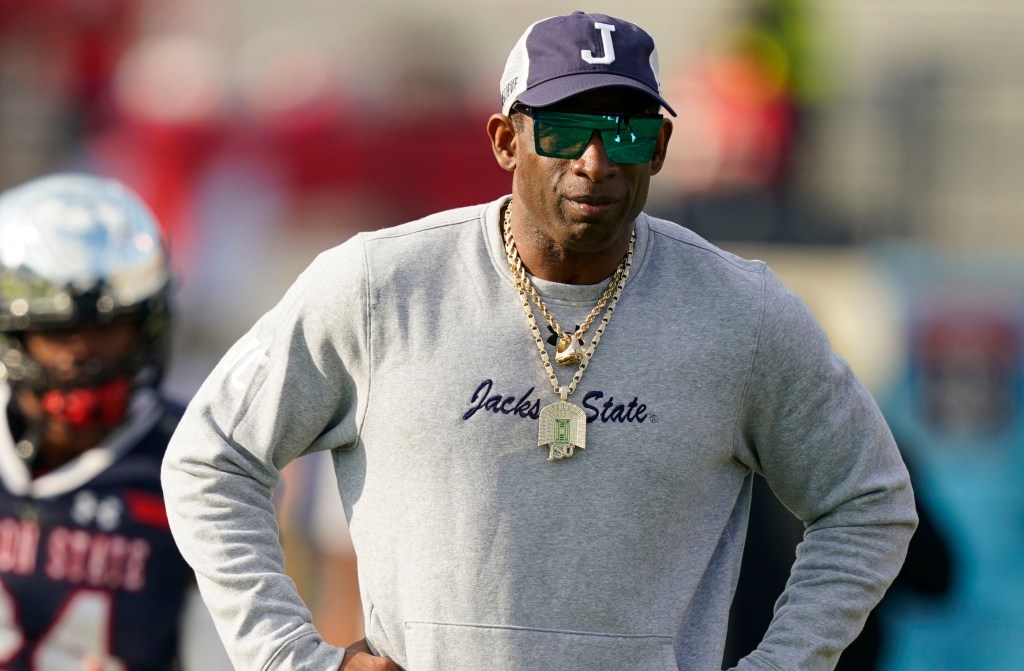 The Pro Football Hall of Famer has been at Jackson State, a historically Black college that plays in the NCAA’s second tier of Division I, since 2020. Sanders has guided the Tigers to consecutive Southwestern Athletic Conference titles.

The Tigers beat Southern in the SWAC championship game Saturday in Jackson, Mississippi, and a few hours later Colorado announced he was coming to Boulder.

Sanders told his team after the game he had accepted another job, but intended to coach Jackson State (12-0) in the Celebration Bowl for historically Black colleges on Dec. 17 in Atlanta against Mid-Eastern Athletic Conference champion North Carolina Central.

“In coaching you either get elevated or you get terminated,” Sanders told his team. “There ain’t no graveyard for coaches where they die at the place. They either going to run you off or you going to walk off.”

Sanders talked about the dearth of Black head coaches at the highest levels of college football and trying to be a catalyst for change.

‘RuPaul’s Drag Race’ in 2023: Every New Season and Series Premiering This Year