In David Bird's line of work, things can get a little nutty. Bird's nest in Rhode Island is filled with thousands of sticks, acorns, ferns, and feathers, and at any given moment, his pockets are full of them. "I'm always collecting sticks," he said. "I like 'em when they're kind of knobby and have just the right angle."

But he isn't stocking up for winter. Bird builds tiny creatures he affectionally calls Becorns (a pun on the word "Acorn"). 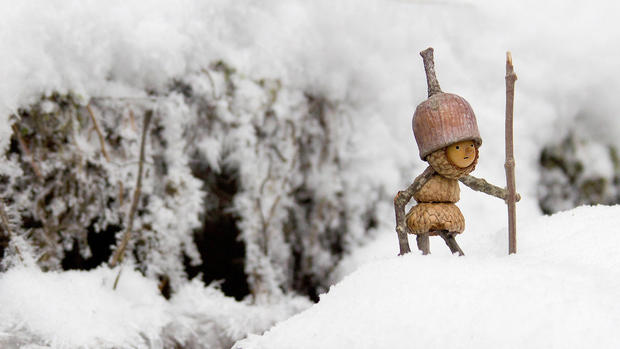 A toy designer by trade, he spent almost five years at Lego in Denmark. Shortly after his return to the States, inspiration hit: "I was sweeping my mom's driveway at home, and I looked down at the acorns and sticks. And I realized, like, 'Oh, my God, everything I learned at Lego I can apply to acorns and sticks.'"

Since 2008, Bird has built over 100 Becorns, sometimes spending 10 hours hand crafting each one.

"There are any number of things that could go wrong," he told correspondent Faith Salie. "And if any one of them goes wrong, they don't look alive." 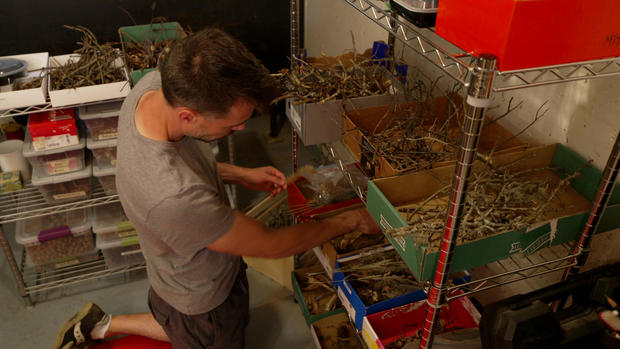 He then brings them into the Great Outdoors to be photographed. He's captured a Becorn welcoming a wasp, feeding a chipmunk, even beckoning a bluebird. 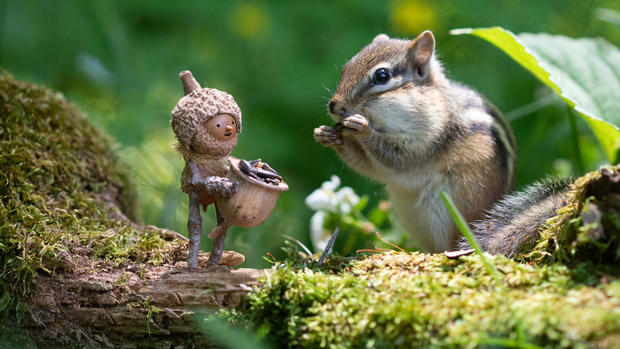 Salie said, "I don't think people get how long it takes."

"Well, I don't think people get how much fun it is," said Bird. "I mean, the fact that we're, like, riveted here and, like, birds come and they're sort of around, and we're like, 'Oh, is this gonna be it?' Like, that's how it is all the time." 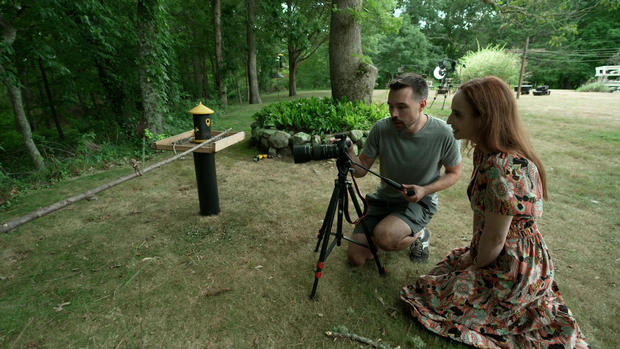 But life for a Becorn is surprisingly risky, as when an animal eats them. Circle of life!

"And when you witness an animal eating one of your Becorns, how does it feel?" asked Salie.

"I mean, honestly, it's fine. It's part of the process. I enjoy making them. So, I'll just make another. If the camera is rolling and I get footage of it, then that's great!" 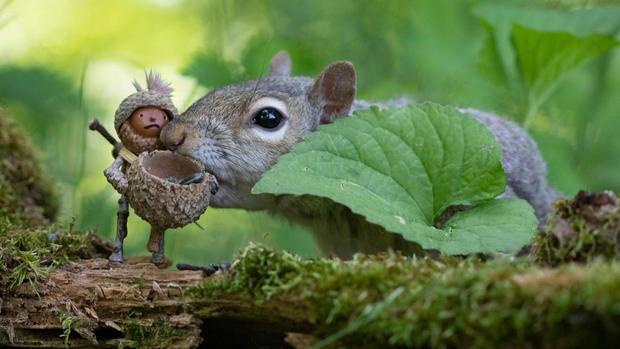 Attack of the squirrel! David Bird

Bird first branched out on social media a few years ago. Recently, he's been able to make selling Becorn prints his fulltime job. He's held Becorn workshops, and Becorn gallery shows. "People love Becorns 'cause on one hand, it's all so familiar; we all know acorns and sticks and chipmunks on our backyard. We see it all the time. But then on the other hand, it's like it seems like this whole other world, you know?"

So, the next time you're sweeping away leaf litter, try to have a bird's eye view of those acorns – a David Bird's eye view – where inspiration can be found hidden in plain sight.

He said, "The reason I do it is to sort of capture a part of childhood, a certain, like, sense of wonder about the world that I'm, like, trying to hang onto. As an adult, we sort of forget about that feeling of wonder. And to know that other people are feeling that and appreciating that is just, like, amazing to me." 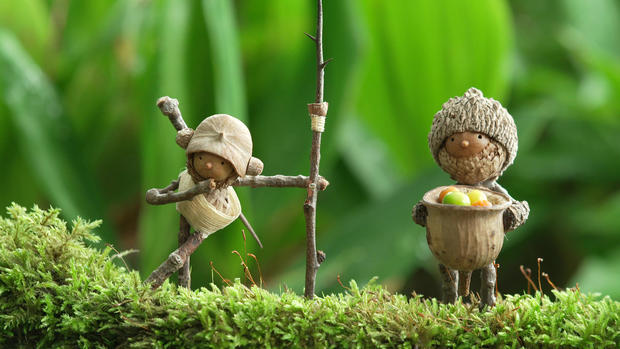 Thanks for reading CBS NEWS.

Phil Mickelson takes shot at Twitter critic for being bald

Oil companies in 2022 had their most profitable year in history

Woman sentenced after pleading guilty to 2019 murder of Heidi Broussard

The best washing machines in 2023

Texas man shot, injured after reporting himself as trespasser

Donald Trump Was a Fundraising Juggernaut. His 2024 Campaign Is Off to a Weaker Start

80 for Brady May Not Be a Masterpiece. But the World Needs Movies Like This

How the George Floyd policing bill would reform law enforcement